The French organ repertoire of the 17th and 18th centuries is rich in innumerable works compiled in ‘Livres d’Orgue’ (‘Organ Book’) by their composers. These ‘Livres d’orgue’ usually consist of short pieces (‘pleins-jeux’, ‘récits en dessus, basse ou taille’, ‘duos’, ‘trios’, ‘dialogues’, etc.) which were intended to replace specific verses in chants of the Catholic liturgy (Kyrie, Gloria, Sanctus, Agnus Dei, Magnificat, etc.). However, ‘Offertoires’ are an exception: the offertory being a rather long part of the Catholic mass, French organists had the opportunity to produce more developed pieces which they most often intended for the ‘Grands Jeux’, which is a powerful registration based on the organ’s reed stops.

Nowadays, organists also use these brilliant works in other occasions such as mass postludes or concerts. Therefore, an OrganScore anthology devoted to them seemed highly relevant. But selecting only ‘offertoires’ would have been obviously too limited. Other works of similar character (‘dialogues’, ‘symphonies’, ‘ouvertures’, ‘concertos’ etc.) also deserved a place in such an anthology. Eventually, we propose three volumes covering a period from the late 17th century to the early 19th century in a roughly chronological order.

These three volumes will allow organists to easily select pieces on the ‘Grand Jeu’ without having to consult a whole set of different ‘Livres d’Orgue’ by baroque classical masters. Each piece spans only one, two, three, at most four pages, which in the latter case results in only one page to turn. 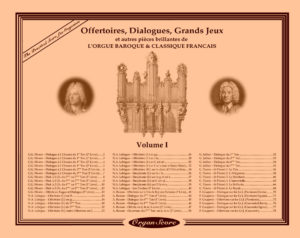 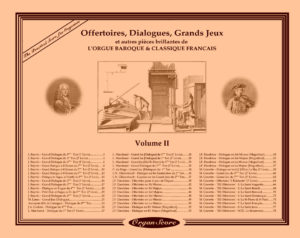 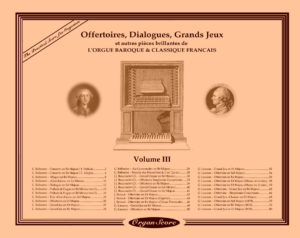